President Joe Biden’s urgent move to counter Russia’s invasion of Ukraine has assisted the U.S. across the threshold with a regulatory strategy that’s been years in the making.

On February 21 2022, President Joe Biden signed an executive order to block the property of certain persons and prohibit certain transactions with respect to the continued Russian efforts to undermine the sovereignty and territorial integrity of Ukraine. Since that day, global efforts to stop President Vladimir Putin’s war on Ukraine have witnessed the passing of economic sanctions against Russia at a truly unprecedented level.

Whilst these collected sanctions are beginning to reveal cracks in Russia’s infrastructure, they are also drawing out the dire consequences attached to a lack of crypto regulation in the U.S. as Russia becomes poised to use cryptocurrencies to circumvent.

What Are the U.S. Sanctions Against Russia?

Along with being in a state of constant flux, those directly affected by the various sanctions and restrictions carried out against Russia by the U.S. can be broadly structured into six different categories:

This sanction was enacted quickly to restrict Russia's access to foreign reserves, with the intent to prevent the Russian government from deploying its international reserves to support its ongoing invasion of Ukraine. The restrictions generally prevent financial institutions from transacting with the Russian Central Bank, restrict access to the National Wealth Fund and also affect the Russian Ministry of Finance.‍

Several leaders, officers, board members, and senior executives of the Russian government were designated by the U.S. Department of State as being part of the government of Russia's inner circle pursuant to Executive Order 14024, as were their family members and companies. As a result of these designations, these persons and entities were added by OFAC to the Specially Designated Nationals And Blocked Persons (SDN) List.

A collective of extremely wealthy and politically connected business elites (oligarchs), along with some of their family members and business associates, have been directly targeted in the U.S. sanctions against Russia due to their heavy involvement and direct benefit from President Vladimir Putin’s ongoing regime. They include Russian financier Alisher Usmanov, Transneft chief executive Nikolai Tokarev, and Kremlin spokesman Dmitry Peskov.

Debt and equity prohibitions have been proposed for thirteen state-owned and private entities (Sberbank, AlfaBank, Credit Bank of Moscow, Gazprombank, Russian Agricultural Bank, Gazprom, Gazprom Neft, Transneft, Rostelecom, RusHydro, Alrosa, Sovcomflot, and Russian Railways). As a result, transactions involving new debt and new equity between U.S. persons or within the U.S. will be prohibited under this sanction.

In a Final Rule posted online on February 24 2022, the Bureau of Industry and Security (BIS) of the Department of Commerce instituted new export controls for Russia. This Final Rule does not implement an embargo on trade with Russia, however, it significantly increases the number of transactions with Russia which will require BIS licensing, and U.S. companies conducting business with Russia will face extensive restrictions moving forward.‍

The Core Relevance of SWIFT

The Society for Worldwide Interbank Financial Telecommunication (SWIFT) connects over 11,000 institutions among more than 200 countries and territories to send secure messages and payroll orders and has become vital plumbing for the global financial community.

At present, seven Russian banks have now been cut off from using SWIFT, with the exemption of Sberbank (SBER.MM), Russia's largest lender, and Gazprombank. These institutions were given this lifeline due to the fact that they are the main channels for payments for Russian oil and gas, which are still bought by EU countries despite the conflict in Ukraine. If SWIFT decides to completely back out of Russia, financial institutions will find it increasingly difficult to send money into and out of the country, causing a major shock to Russian companies and their foreign customers, including those who purchase oil and gas exports denominated in U.S. dollars.

Financial Crimes Enforcement Network (FinCEN) recently warned that traditional banks and crypto firms need to look out for a variety of actors who still have access to crypto exchanges and administrators inside or outside Russia. Among the red flags to watch for are transactions coming from IP addresses located in Russia or Belarus, or from IP addresses that have already been flagged as suspicious.

In dialogue with Rose Butcher for Ospree, renowned Blockchain Investor, Unicorn Builder and gumi Cryptos Capital (gCC) General Partner, Miko Matsumura has observed the inconsistencies of FinCEN’s concerns when it comes to crypto being used to undermine U.S. sanctions.‍

“The narrative that crypto is a platform for evading sanctions doesn't add up. All of the offramps to fiat are regulated under KYC (Know Your Customer)/AML (Anti-Money Laundering).” ‍

The general confusion here lies in the general lack of awareness of crypto’s security measures already available. KYC is a concept specifically important for U.S. financial institutions that have requirements specific to the rest of the world, due to their reliance on Social Security numbers as core identifiers. These are known as FinCEN’s Customer Identification Program Rule (CIP Rule). KYC is a key component of the due diligence process that can aid businesses in the fight against fraudulent criminal activity.

The First Step Toward Widespread Adoption

The Federal Reserve issued a paper on the topic in January that explores the risks and benefits of US-backed digital currency. In the case of many digital currencies, one of the biggest concerns expressed was that of the energy usage, in that Bitcoin is known to drive a huge carbon emissions footprint. However, the general consensus of its findings signals toward stablecoins to cut through the broader concern of price volatility within certain cryptocurrencies.

On March 9 2022, President Biden took the bold first step by actioning a new executive order to safeguard the responsible development of digital assets in the U.S. This could not have come at a better time, not only to incept any attempts by Russia to circumvent U.S. sanctions but for the future prospect of unified global crypto regulation.

Here's how Ospree can help

As a digital asset risk management platform with blockchain-based transaction monitoring at its core, Ospree enables users to detect and assess risk on digital asset payments. The ability to connect client identities to their wallets and transactions can empower companies to make informed, data-driven decisions based on a broad spectrum of information, reducing false-positive alerts in the process. 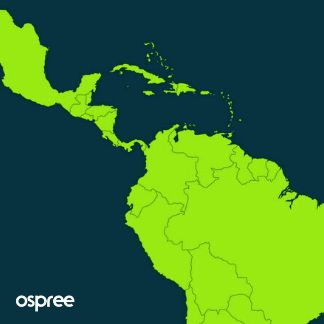 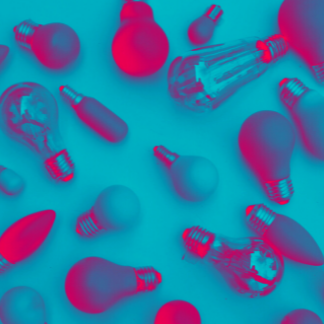 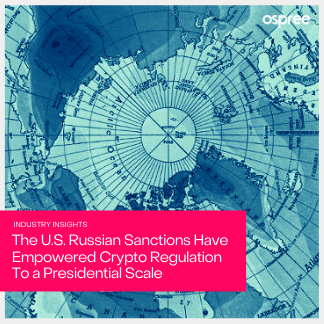